I had an idea for a concept wheelchair using a holonomic base and a differential locking gear system that runs only on two motors. I’m not sure if this idea has been explored before but I thought it would be fun to take out my 3Ds Max and whip up a little model of how such a chair would look like. 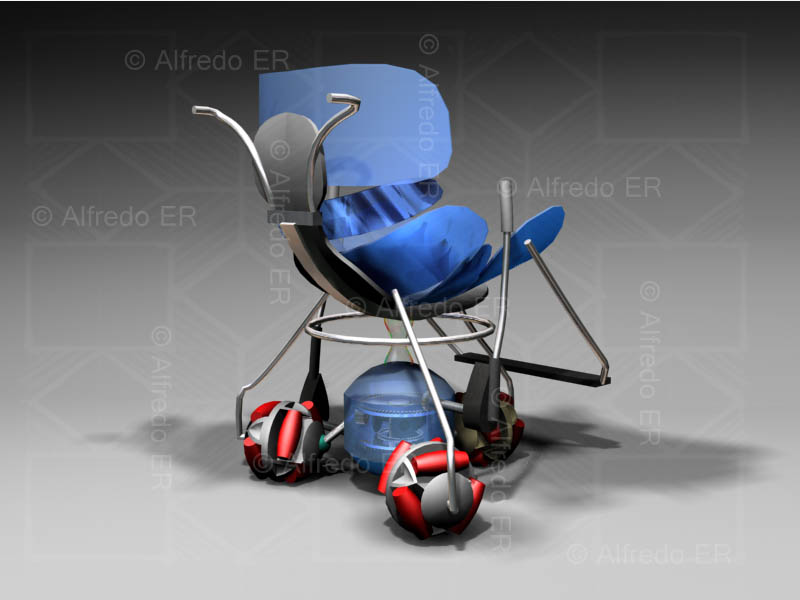 This is a little design that I though would be interesting to explore. It is a wheelchair that has the capacity of moving in any direction (forward, backward, left and right) and rotate in both directions. One of the main concerns that I have seen in many powered wheelchair users is that they struggle a lot when they have to move sideways. They drive their wheelchair like a car, but when doing things in a home or even on the street its not nice to have to turn in order to move in a particular direction.

Here is the idea of the base drive:

If you rotate the three wheels in the same direction, you can produce spin in either direction. 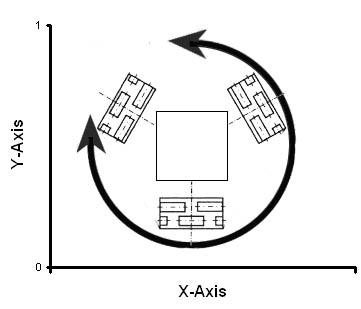 With that in mind, I sketched up a design in 3DS Max for my concept. I tried to make a material that would look like plastic that bends slightly upon pressure for a comfortable fit. There are a couple of disclaimers, the power supply for the motors is not installed yet. And the motors are very small for the torque that would be required to propel an average person. But maybe in the future such a thing might happen, or I might simply stop being lazy and model a support system for bigger motors. 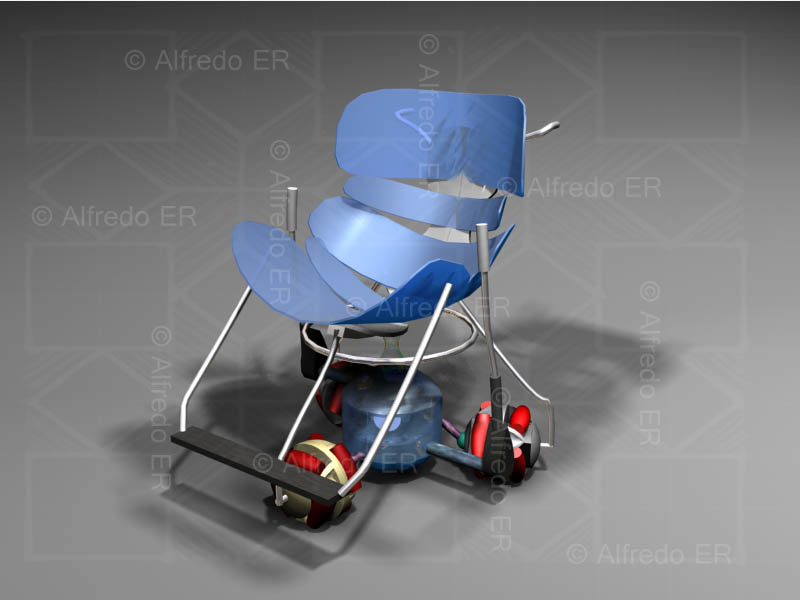 There are two handles in the back that are auxiliary in moving the chair when the batteries run out. 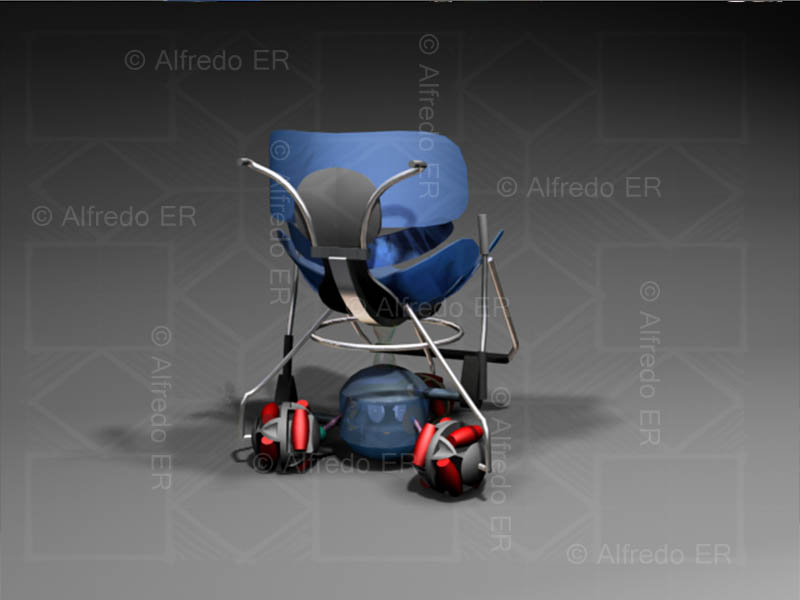 The two handles would serve to control displacement direction and magnitude. One lever is forward and backward, the other is left and right, and twisting either lever would turn you to that side. 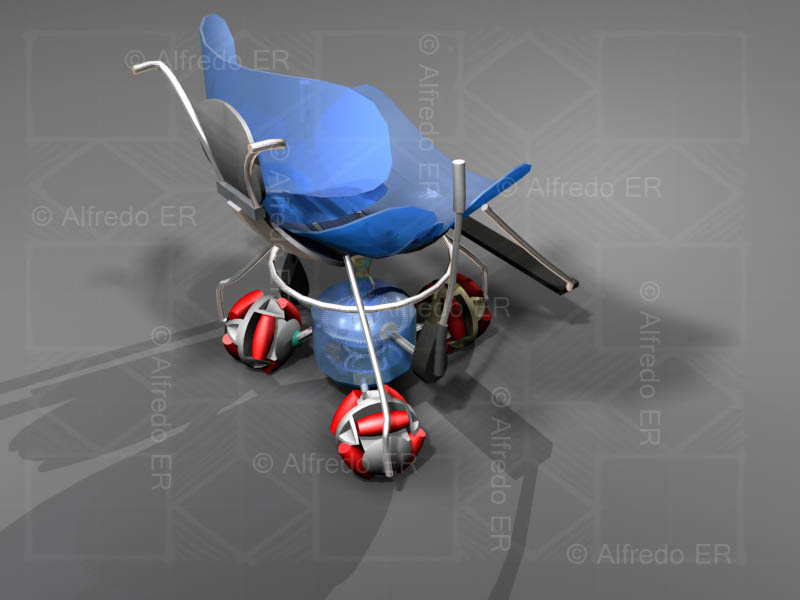 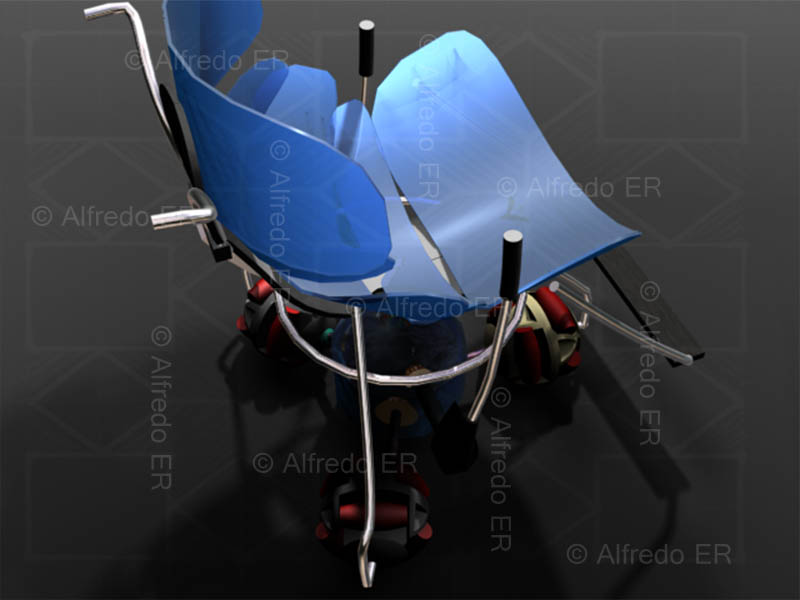 This is the gear mechanism. To be honest I dreamed  the design and just made the 3d model when I woke up, so it might have made more sense when I was asleep. The general idea is that it is a differential that powers the two back wheels in opposite directions when the main motor is running, while providing no net power to the front wheel. This allows you to move forward. The other motor locks the differential and spins all three wheels in the same clockwise or counterclockwise direction. The net result is rotation. A much simpler idea is to just control each motor separately and use digital proportional mixing to achieve true two axis displacement control and rotation control that holonomic drives can give. 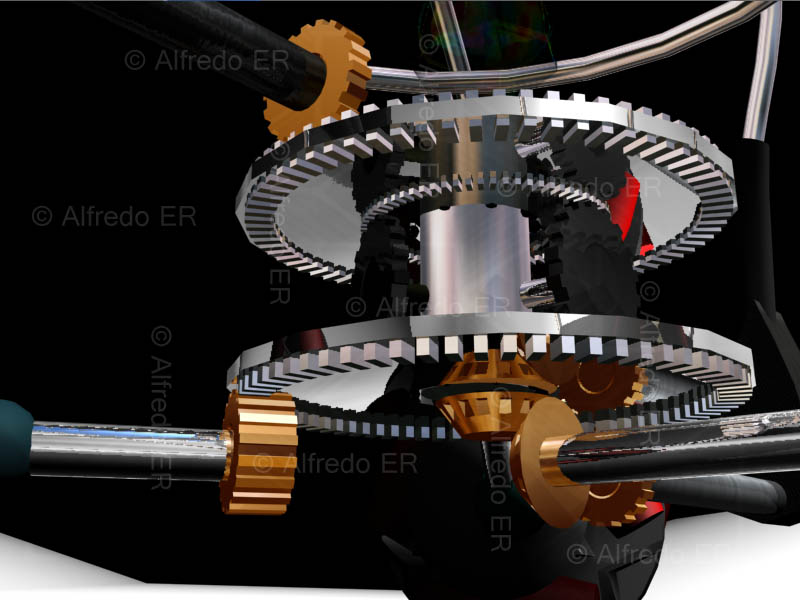