Completely random post, but had to share these CocaCola wireles earbuds that I found at a Tillys store yesterday. This is how they came in the box: 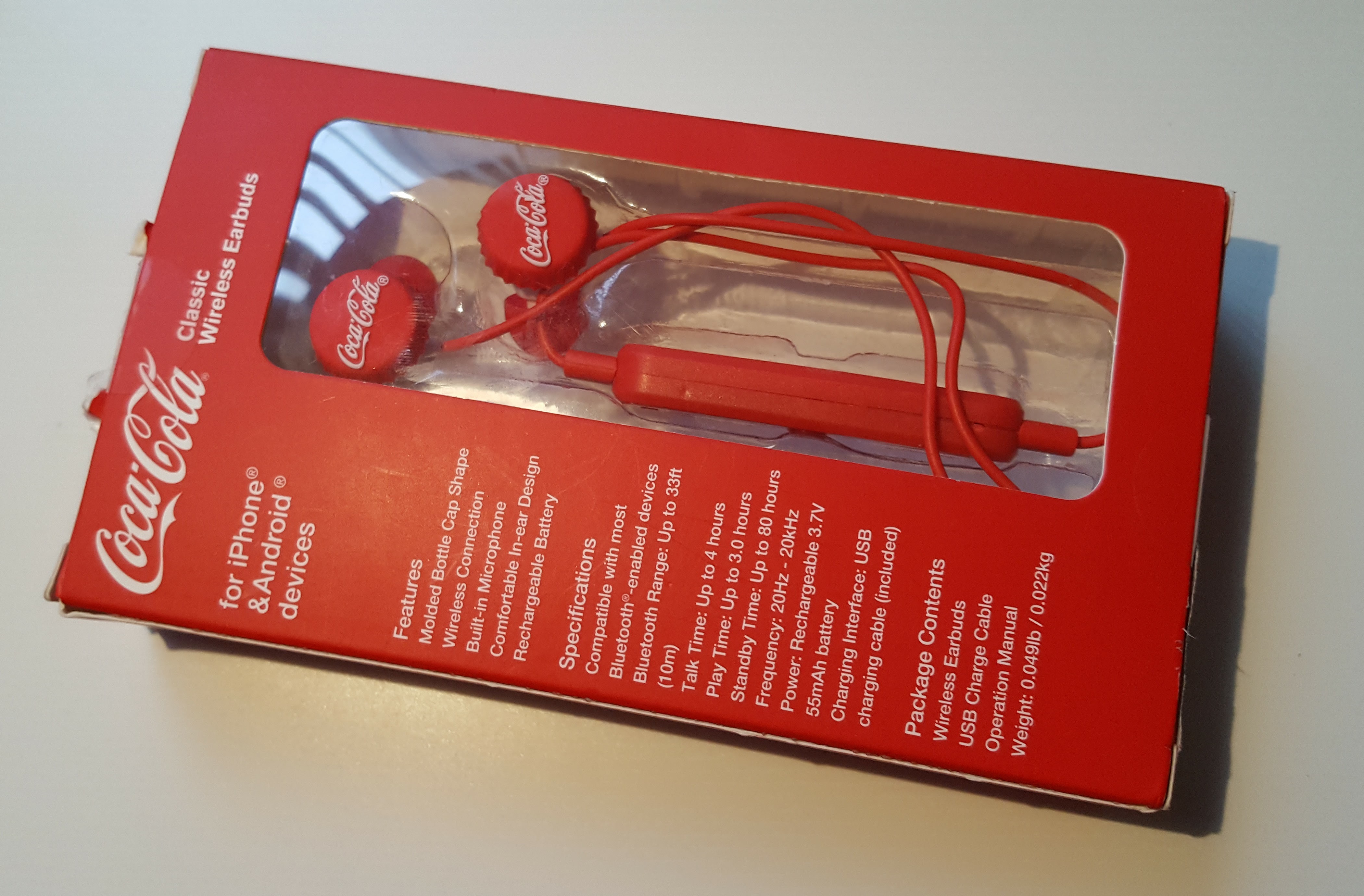 Even though they look awesome I thought they would be really cheap, but the specs said that they actually had a full response of 20-20KHz so I decided to try my luck. Once out of the box this is how they look: 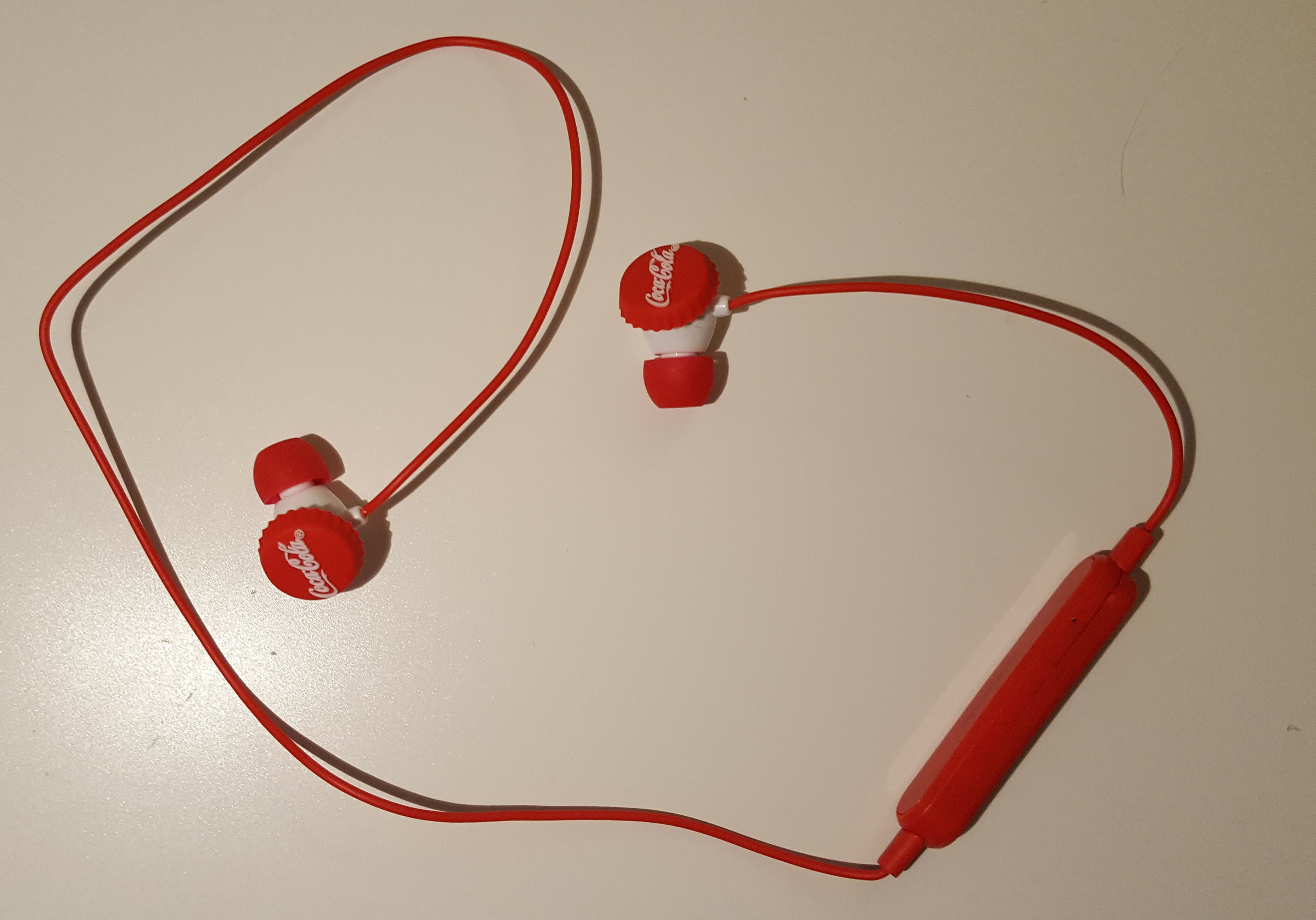 The bluetooth audio driver does actually pump out samples at 20KHz, even though the actual audio actuators have a rather poor response at lower frequencies. They won’t replace my main headphones, but now I have cool set of back up wireless earbuds.