This is little project that I worked on for a while. Imagine something like processor expert, but for Texas Instruments MSP430 (or most any family of microcontrollers). Its a GUI that allows you to quickly assemble a board definitions include file for use in your project with great ease, and writing the least amount of code by hand (which can be error prone if the project is quite large). I developed this tool after working on a projects that had to be ported to work from one microcontroller to lots of others. Instead of going around writing hundreds of lines of register #defines, I made a program that allows you to quickly assign pins and modules in microcontrollers, while simultaneously verifying that you did not map a pin twice in different functions.

The mapping of the microcontroller is divided into three layers. Modules, Resources and Mapping. 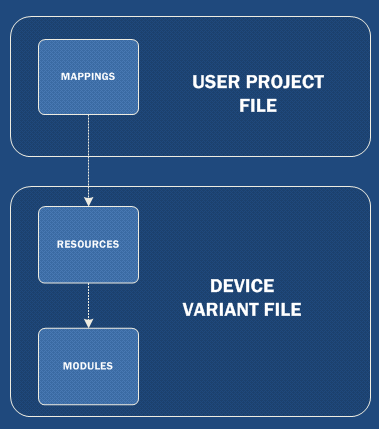